What an incredible morning of singing yesterday as Somerhill held its House Music Competition for the first time in 3 years! The theme was “Heroes”, and was interpreted in various ways with a fantastic range of songs.

It was clear that all the children and staff had put in many hours of practice and there was a real buzz in the air as each house took took to the stage to perform.

The winning Derwent Lodge Song was “Times Like These”, by the Foo Fighters and sung by Windmere (with Mrs Hartley on Guitar). For Yardley Court it was Hudson who were crowned victorious with their version of “Something Just Like This” by Coldplay.
A brilliant morning that made everyone’s heart sing! 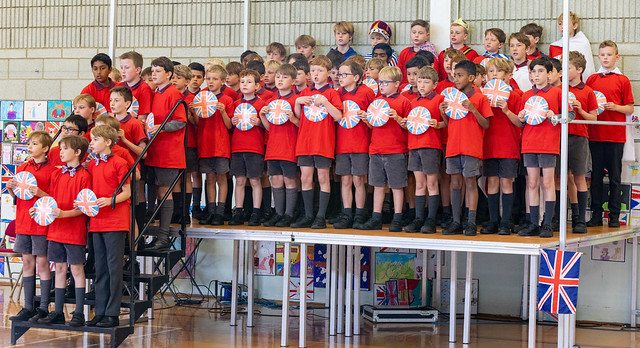