Year 4 girls and boys had an inspiring day at the Greenwich Royal Observatory this week, to coincide with their Earth and space topic in science.

They took part in workshops based on the Earth, moon and sun, as well as a look at some of the oldest parts of the observatory. Here they got to see some of Halley’s, as well as other early astrologers, earliest equipment for star gazing, and the large equatorial telescope.

The highlight of the day was taking a tour around our solar system and beyond during the ‘Universe on our doorstep’ planetarium show. All of this was led by different observatory astronomers. What a fantastic day! 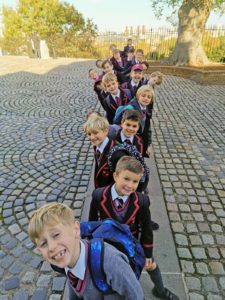