On a bright sunny day, the whole school came pitch-side to support the Year 8 pupils in their match against the staff. The Year 8s had sorted themselves into three teams, pitching themselves against an enthusiastic bunch of staff footballers in three sets of 10 minutes.
The match got off to a very promising start for the staff, where they raced into a three-goal lead from the boots of Mr Smith and Mr Watkins then the head of Mr Davey. Mr Spence then caused some chaos in his own area and Mr Holmes quickly pointed to the spot, giving Jack Bowers the chance to pull a goal back for the Year 8s. He side-footed the ball comfortably passed Mr Caldwell, sending the whole top terrace in delirium. It must be said that goal changed the course of the game for the next 10 minutes and the Year 8 boys pushed hard for a second goal.

After some neat work down the right and a terrific save from Mr Caldwell, the ball found itself at the feet of yet again that boy ‘Jack Bowers’ who slotted home into an empty net. The Year 8s had clearly been working on their celebrations and a well-choreographed ‘ten pin’ bowling’ routine sparked wild scenes on the side-lines. Luckily for the staff time was beginning to disappear and with a couple of minutes to go they broke up the other end and regained their two-goal advantage through Mr Wadsworth.

The final score of 4-2 gives bragging rights to the staff for at least another year. Well done to all who played and thank you to the whole school for coming out to support! 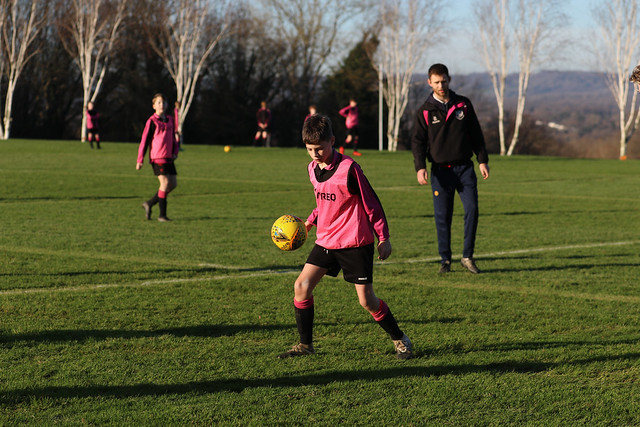