Last week saw the return of STEM Day at Somerhill for the first time in four years. This year the children were engaged all day in practical investigations, working in groups to create projects that were tested later in the day. We were also thrilled to welcome to the school some experts in the field of STEM.  Our thanks go to all those staff involved in planning, but especially Andrew Leach (Head of Engineering) who led the whole event.

Year 4 were tasked with constructing a paddle boat using only lolly sticks, cardboard, milk bottle tops and elastic bands. They spent the morning designing their craft before the boats were wound up to power across the swimming pool in a bid to travel the furthest.

Year 5 they had the tricky task of stopping an air propelled car the quickest. Using the F1 In Schools technology their cars were launched across the Bickmore Hall and their homemade parachutes put to the test to see who could stop their car the quickest.

The Year 6 boys and girls put their aerodynamic knowledge to the test when launching stomp rockets across the back lawns of the mansion. Having tested prototypes in the morning, their final designs were sent skywards with the winning team reaching an impressive distance of 35m.

The senior boys were given a more real-life problem based on tomatoes! Their brief was to transport tomatoes from the top to the bottom of the treehouse either using a pulley system or gravity itself. The winning team were not the ones to do this the quickest but those that came up with the best design that could be used in the real world.

Thank you to all the boys and girls for engaging so wonderfully throughout the whole day. The planning process for STEM day 2023 has already begun! 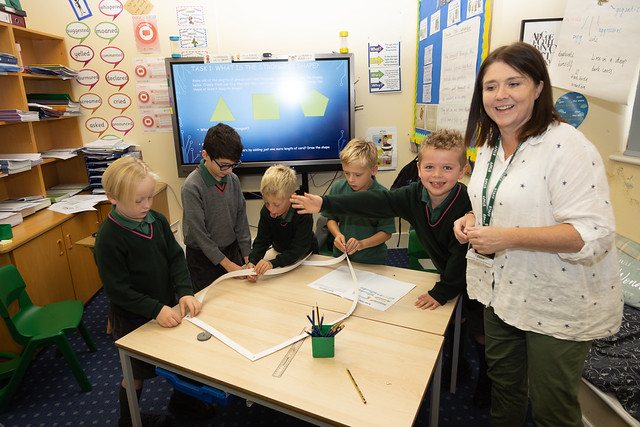